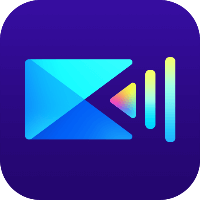 Changing your voice can be both fun and an effective tool in a professional setting. You can use it for voiceovers for videos and even in live conversations to disguise the way you sound. The key to making the voice change sound convincing is using the right app. Read on to discover the best voice changer apps, how to change your voice with PowerDirector, and how to do other cool effects with voice apps.


How to Choose the Best Voice Changer App

There are a few important things to consider when choosing the best voice changer app. First, the UI should be intuitive and easy to use. The voice changer effect should also be high quality and give you a range of different voices with editing tools to adjust them further. And to save your time, the effect should be instantaneous and the app itself should not have distracting ads.

With apps like these, it’s also important to read through enough comments on the App Store to make sure you’re not being fooled by scam comments or fake ratings. There are lots of phony apps out there, so make sure to do enough research to feel confident in your choice!

PowerDirector is a free app for iPhone and Android that offers a full suite of easy-to-use professional video editing tools. One of its many features is a state-of-the-art voice changer effect. Detailed Review >

This is a free app for iPhone and Android that stays true to its name – it’s a basic voice changer with a good selection of options for added effects. Detailed Review >

VivaVideo is a video editing app that lets you create templates to use with videos featuring voice changers. Detailed Review >

Here are some of the best free voice-changing apps for iPhone and Android:

PowerDirector gives you a full suite of voice-altering effects, as well as audio editing features. It uses AI to identify frequencies and automatically clean up or enhance audio. You can use it to create professional-level audio for any of your videos—or even just for audio alone. Try it out today by downloading PowerDirector for free on iOS or Android.

PowerDirector also features a basic and straightforward user interface, making it easy to get started within a few minutes—or less. Its buttons are both intuitive and simple. This results in a streamlined workflow, enabling users to create and edit faster.

In addition to being easy to use, PowerDirector is a lot of fun, too. Its voice-changing options are both entertaining and creative. You can play around with anything from a duck voice to that of a child, robot, man, woman, or radio and phone effects.

Why We Picked PowerDirector As the Best Voice Changer

PowerDirector’s incredibly user-friendly UI made it stand out among other voice changer apps. The sheer number of voice effects also contributed to its top spot on our list.

But perhaps most notable were the numerous other useful features included in its full suite of editing tools. For example, its green screen effect lets users replace backgrounds in their videos with realistic virtual backdrops, and its video stabilization feature instantly corrects any wobble in action shots.

Voice Changer with Effects is most useful for adjusting the way your voice sounds. The app gives you a lot of options, enabling you to get as creative as you’d like with changing your voice profile. It features an intuitive user interface, so you don’t have to spend a lot of time tinkering around before you get started.

This app made our list partly because of how simple its user interface is, but its other bells & whistles were also notable for their simplicity and usefulness.

For example, the app allows you to very easily create an image to go along with your transformed voice, and then it lets you share the result through a variety of mediums without a hitch.

With VivaVideo, you can create elaborate templates to use with your videos featuring voice changers. You can select from a number of filters, add animated text and stickers, and trim and edit your videos as you’d like.

4. Voice Changer Plus — Best to Have Fun

Voice Changer Plus gives you dozens of fun and entertaining voice effects and background sounds that let you do unique things like sing melodies off-key. It’s easy to choose new voices and tap Play to see how your voice sounds afterwards. You can subscribe to the premium version to get rid of ads.

Voice Changer Plus made it on our list because of how entertained we were trying out all of its voice effects. Its user interface was easy to use, and it’s a great tool to blow off some steam with your friends if you want a good collection of character voices to amuse yourself.

Voice Changer - Audio Effects comes with more than 25 voice effects optimal for creating characters for projects like cartoons or video games. Some of the voice profiles include ones for robots or cyborgs, big or small aliens, devils, “Death”, a chipmunk, drunk characters, zombies, and temperaments like nervous. The app lets you convert your own voice to create multiple characters.

The capacity of this app to create characters out of thin air was why we had to include it in our list. If you have a project in need of character voices, or if you want inspiration for new characters to, this app is a great creative aid for a multimedia projects needing characters.

If you’re a singer, Simple Voice Changer lets you convert audio recordings of your singing voice to different characters - for example, a devil tone or a baby tone. It also has an intuitive interface with sliding bars to adjust the speed of your voice and the pitch. This app is perfect for any content creators needing to create singing characters.

Creating character voices is one thing, but creating singing characters is a niche that needed its own solution. This app’s options for singing effects for male and female voices is why it made it on our list.

How to Use the Voice Changer of PowerDirector

To use the voice changer with PowerDirector, you take the following steps. You have plenty of options, making PowerDirector your go-to solution for a man, woman, chipmunk, child, robot voice changer, and more.

FAQs About How to Change Voice of Videos on Phone

1. Why Do You Need to Use a Voice Changer?

You can use voice-changing apps to make yourself sound like someone else, add a little variety to your videos or voiceovers, or just for fun.

2. Who Are the Ideal Users for Voice Changer with PowerDirector?

The ideal users would include YouTubers and Gamers. Here are some reasons why:

3. How to Make Voices Stand Out?

To make your voice stand out from the background noise, the app has to reduce the frequencies of the distracting audio without reducing those that coincide with your voice. This is straightforward with an app like PowerDirector. Here’s how to do it:

“In the Audio Tool, you can click on “Denoise”, and adjust the strength according to your need. Using AI, the app identifies the frequencies of the voices in the video and then automatically lowers them for you.”

Using AI, the app identifies the frequencies of the voices in the video and then automatically lowers them for you.

4. How to Remove Voice From Your Video?

To remove a voice from a video, all you need to do is tap “Audio Tool” and then “Extract Audio”. With this function, you can change the voice of a specific part. It allows you to make a more flexible change to the audio of a video.

5. How to Record Voiceover Audio?

Recording voiceover audio involves adding an audio track to an existing video. In most apps, this is pretty simple. For example, this is how you do it in PowerDirector:

PowerDirector is an easy-to-use, free, powerful editing software that can give you a new voice in moments. If you need a voice changer, this app is a convenient, simple solution. Download PowerDirector for iPhone or Android today to check it out!